The lecture starts with some general aspects of computational electromagnetics and electromagnetic compatibility (EMC). The introduction outlines some well-established analytical and numerical methods.
First, a crash-course on the theory of thin wire antennas will presented and related numerical solution methods for various integral equations in both frequency and time domain will be carried out. Computational examples pertaining to dipoles, Yagi-Uda arrays and logarithmic-periodic dipole antennas (LPDA) will be presented. Then, some applications to air trafic control and ground penetrating radar (GPR) will be discussed, as well.
Furthermore, full wave (antenna) models for various thin wire structures, from rather simple to realistic complex geometries, will be outlined. This will be followed by studies of overhead and buried transmission lines, respectively. In particular, a trade-off between the use of rigorous full wave models and approximate transmission line (TL) approach will be emphasized. Particular attention will be focused to the study of PLC (Power Line Communications) configurations, modeling of lightning channel, transient analysis of realistic grounding systems (with particular emphasis to wind turbines).
Then Tutorial will also tackle the human exposure to non-ionizing electromagnetic fields. Low frequency, high frequency and transient exposures related to possible adverse health effects will be discussed addressing electromagnetic interference (EMI) sources such as power lines, transformer substations, base stations antennas for 2G/3G/4G and 5G systems. Some biomedical application of electromagnetic fields, with particular emphasis on transcranial magnetic stimulation (TMS), transcranial electric stimulation (TES) and nerve fiber stimulation, will be also mentioned.
Furthermore some stochastic analysis methods (featuring the use of stochastic collocation (SC) technique) applied to area of GPR, grounding electrodes, human exposure to electromagnetic fields and biomedical application of electromagnetic fields will be presented.
The presentation will end up with some topics in magnetohydrodynamics pertaining to the modeling of plasma physics phenomena pertaining to the applications in thermonuclear fusion. 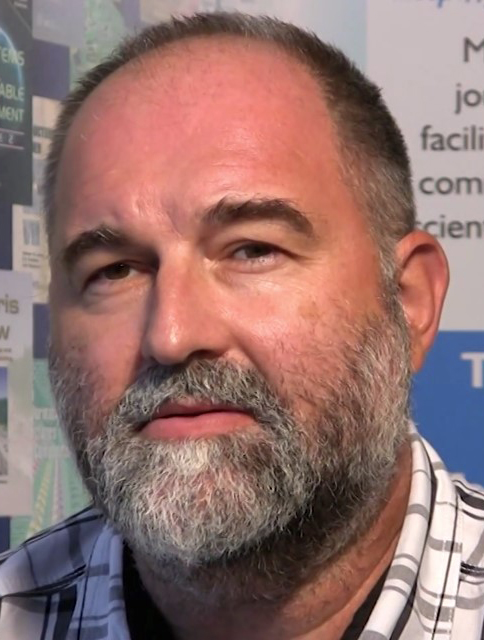 Dragan Poljak was born on 10 October 1965. He received his BSc in 1990, his MSc in 1994 and PhD in electrical engineering in 1996 from the University of Split, Croatia. He is the Full Professor at Department of Electronics, Faculty of electrical engineering, mechanical engineering and naval architecture at the University of Split, and he is also Member of Board of Directors of Wessex Institute of Technology. His research interests include frequency and time domain computational methods in electromagnetics with applications in electromagnetic compatibility, bioelectromagnetics and plasma physics. To date Professor Poljak has published few hundreds of journal and conference papers in the area of computational electromagnetics, and authored/co-authored or edited number of books and book chapters published by WIT Press, Wiley and Elsevier, Professor Poljak is a member of IEEE, a member of the Editorial Board of the journal Engineering Analysis with Boundary Elements, Academic Editor of the journal Mathematical Problems in Engineering and Associate Editor of the journal IET Science, Measurement & Technology. He serves as a co-chairman of many WIT International Conferences. He is also editor of the WIT Press Book Series Advances in Electrical Engineering and Electromagnetics. In June 2004, professor Poljak was awarded by the National Prize for Science. In 2013 he was awarded by the Nikola Tesla Prize for achievements in Technical Sciences, in 2016. He received the prize for the achievements in engineering education from Croatian IEEE chapter and in 2017 he received the prize for science from the University of Split.
In July 2019 Prof Poljak received Technical Achievement Award by the IEEE Electromagnetic Compatibility Society for contributions to computational dosimetry for human exposure to electromagnetic fields.
From 2011 to 2015 professor Poljak was the Vice-dean for research at the Faculty of electrical engineering, mechanical engineering and naval architecture. In 2011 professor Poljak became a member of WIT Bord of Directors. In June 2013 professor Poljak became a member of the board of the Croatian Science Foundation.

The electrically Evoked Compound Action Potential (ECAP) is a measure of the electrical response of neural tissue. ECAP results from the sum of the contributions from all the fibers that respond. ECAP on ex-vivo sciatic nerve of rats is recorded, responding to electrical stimulation (0.2-2V, 50-200µs). Currently, ECAP analysis is based on its amplitude only. In our study, Matrix Pencil Method (MPM) is used to represent additional characteristics of ECAP.
Using MPM, one obtains more accurate analysis of the ECAP signal within fixed normalized mean square error limits. In our experiment, the identification extracts three basic functions, signed by their complex frequencies and amplitudes. The principal function represents the signal by amplitude and a fundamental frequency. The second and third basic functions improve, respectively, the ECAP depolarization and repolarization rate. Then, the function parameters have been related to the input stimulus parameters (duration and amplitude) with simple transfer functions.
It became easier to build a robust electronic control between Electrical Neurostimulation and ECAP response for pain modulation and achieve a closed-loop setup with additional control parameters. 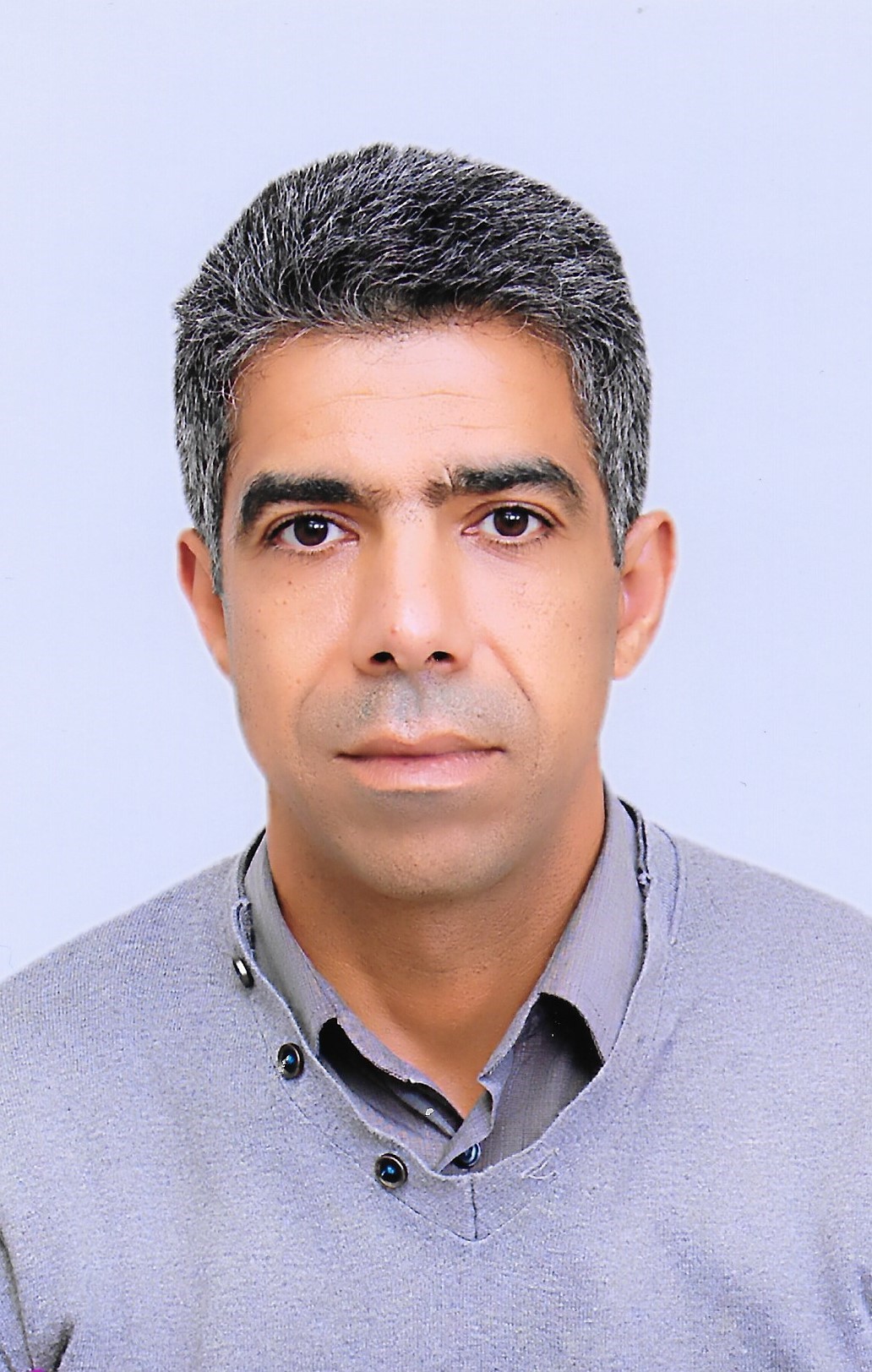 Khalil El Khamlichi Drissi received the Diploma Engineer, M. Sc., and PhD degrees in Electrical Engineering from Ecole Centrale de Lille and the University of Lille, in 1987 and 1990 respectively. He received the Habilitation in electronics, the highest qualification in France; at the Doctoral School “Sciences Pour l’Ingénieur” of Blaise Pascal University, in 2001. Pr. Khalil EL KHAMLICHI DRISSI became Vice President of Research Valorisation, UBP chancellor board from April 2012 until December 2016. He is Full Professor at the Department of Electrical Engineering where he was the dean in the period from 2007 to 2011. Currently, he is Vice Regional Delegate of Research and Technology (DRRTA) for The Auvergne-Rhône-Alpes Region. He is also senior researcher at Institute Pascal Laboratory and his research interests include EMC in Power Electronics and Power Systems, in particular; numerical modeling, EMI reduction and converter control. He authored or coauthored more than 270 scientific papers published in peer-review journals and presented at international conferences, (68 scientific papers published since 2015).
Pr. El Khamlichi Drissi is a senior member of IEEE and EEA and has been chairperson and member of scientific committees at international conferences. He is project leader and responsible for several international projects related to EMC (FP7 Marie Curie, Cogito, Econet, Cedre, Integrafm, Toubkal, Tassili, etc.) and a partner within the Brain City Research Institute and COST Networks. He currently has an on-going collaboration with different companies (IFPEN, EDF, France Telecom and Landis+Gyr).